Internet Explorer 6 was released on August 27, 2001. That is roughly 8 years ago. It was not a particularly great browser when it was released but due to Microsoft Bundling it with Windows it eventually won out against Netscape. In its peak in 2002-03 it had market share in the high 80s. Now it dwindles for good reason in the less than 20% range. Yet in the corporate world, it is still used extensively. In fact I still have IE6 (along with 3 other browsers) installed on my computer at work.

At this point I cannot fathom how people still use IE6. It is a hideous browser, to compare it to an Automobile that was released in the same year. It is a Pontiac Aztec: 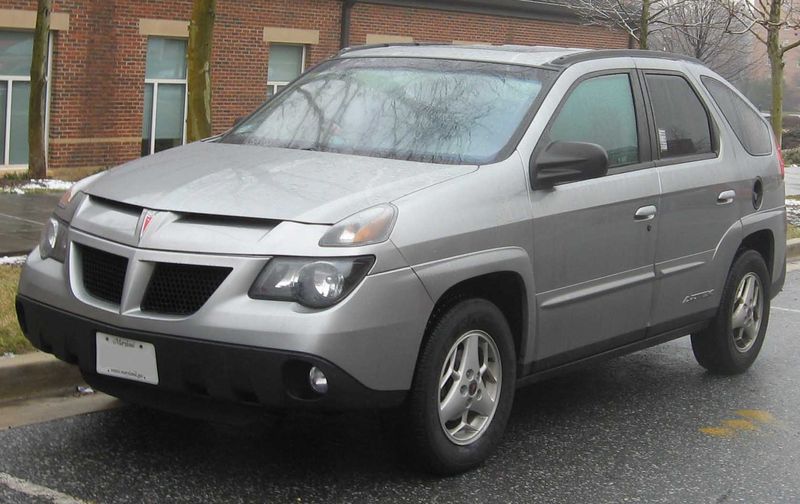 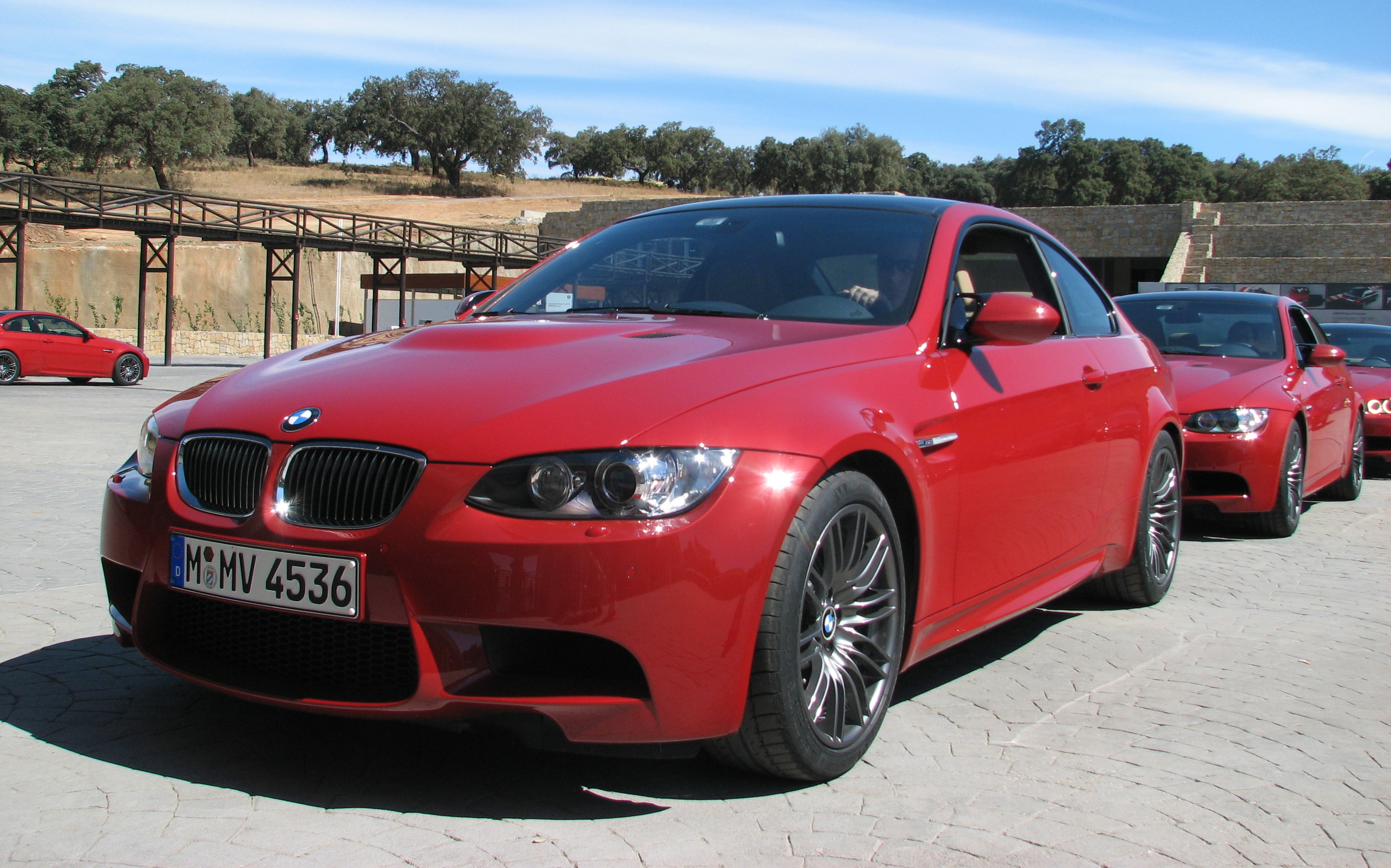 Well 66% of all people are still driving the Aztec. Now since I have slammed IE enough I should go into greater detail as to why it sucks, and give some alternatives.

This looks to be the current favourite to unseat Internet Explorer as the browser champion. In its current state, it is hard to question Firefox’s supremacy in the browser race.  Firefox is based off the old open source code base of the now defunct Netscape project.

Firefox has a lot going for it. It is a very fast browser, especially in comparison to IE. It should be getting even faster after the upcoming release of FireFox 3.5, which should come with the TraceMonkey JavaScript engine enabled. Yet if you are looking for pure speed, Firefox is not the king. Where FireFox wins hands down, is its extensibility.

Firefox has a vast theme and plugin catalog (created by everyday users) to be able to make the browser do whatever you want it to do. The Firefox themes allow you to change the appearance of the browser to suit your personal tastes.

Beyond the appearance, the plugins capability of Firefox, allows you to add functionality to suit your needs. Email notifier? Yep Gmail notifier handles that. Ad Block Plus blocks ads. GMarks integrates with you Google Bookmarks. The list is never ending, there is a Better Gmail plugin, that ads features to Gmail. Plugins for improving google reader, links to del-i-cious, digg, you name it. You  can make firefox do pretty much anything you want, and that is its strength.

Most importantlyFirefox is standards based. This means that it renders web pages to look the way a published set of standards dictate they should look. Differences from the published standards are treated as bugs by the Firefox developers.

Also important to note is that Firefox is available on all computing platforms.

Google Chrome is in it’s infancy. It was only released in beta form in September of 2008. It has a singular goal in optimizing browser performance to bring web-apps to the desktop. Google has a great deal invested in web applications (Google Docs, GMail, etc…) and to make them truly compete with desktop applications they felt they needed a faster browser; which is exactly what Google Chrome is.

Chrome has far and away the fastest Javascript engine on the market (name V8). The javascript processing time of a browser is crucial to the performance of the newer web applications. Beyond that there are many other advancements. The name chrome comes from the fact that that is exactly what it is lacking, the chrome. It tries to give as much content as possible content of websites as opposed to the browser itself. As well each tab in the browser operates in a seperate process. This means that if a bit of bad javascript crashes the browser, in Chrome it will only crash the single tab, rather than all existing tabs.

Chrome’s biggest short comings are the strengths of Firefox. It lacks customizability, although a plugin in frastructure is coming. As well for the time being it is only available on Windoze although OS X and linux versions are in the pipeline.

Regardless of the current small market share of Chrome, I think that it actually has the best shot of unseeding IE. Google is pushing this browser very hard, they have taken it out of the beta state remarkably quickly for a Google product. They are marketing it a huge amount; they are even rumoured to be taking out television ads. Beyond the advertising they are said to be negotiating with computer manufacturers to OEM Chrome, which would be a major coup against IE.

Chrome is my browser of choice on Windoze.

Safari is Apple’s answer to the browser. It started out as being OS X only, but has now been extended to the windows platform. Like Firefox and Chrome it is standards based, as well it is a very fast browser, yet it does not compete with Chrome. Yet it is faster than Firefox on OS X, and very comparable on Windoze.

Where Safari lacks, is it does not seem to be a polished application on the Windoze platform, and it lacks the extensibility of Firefox. Safari is very close to being my browser of choice on OS X, but with the upcoming version of Firefox, I think  I will continue with it.

Saving the worst piece of shit for last. This browser is everything that is wrong with the internet, and it is leading the downfall of Microsoft. The only thing that is has going for it is the update infrastructure being tied in with Windows Update so that it can be pushed to the client in a corporate setting. Other than that! It’s a nightmare.

Is it standards based? Nope. Internet Explorer says FUCK YOU to standards. You create a website according to the web standards and it will work in Firefox, Chrome, Safari, Opera, … pretty much every browser EXCEPT IE. You need to put in all kinds of conditional work to make the website look good in Internet Explorer.

Is it fast? Nope, one of the slowest browsers on the market.

Is it extensible? There is a growing amount of plugins, but it is extremely limited in comparison to Firefox.

Available on all platforms? Nope it is windoze only. A few years back there was an attempt to create a Mac version, but that one was even more fucked up then the windows version.

So with all the shittyness spewing out of IE why does it have the most market share? The easy answer: People are too stupid/lazy to download a far superior browser. I have high hopes that when Chrome starts being bundled on OEM machines (hopefully Dell and HP) then we may see IE die the death it so richly deserves.

In short, when picking a browser pick ANYTHING except Internet Explorer!